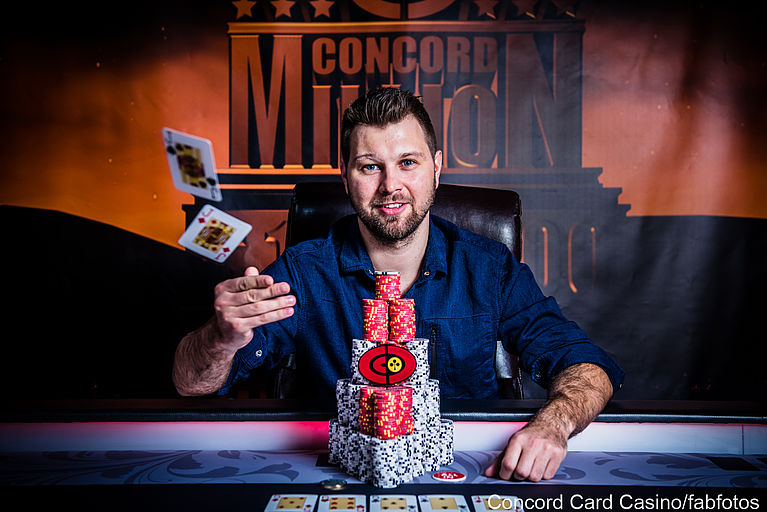 Florian Schleps is runner up

Poker players from innumerable countries competed again this year to participate in the mega event of the Concord Group. A huge total of €184,490 awaited the winner of the Concord Million VI.

Martin Meciar entered the final as the leader with 13,905,000 chips, followed by David Yan with 11,440,000 and David Urban with 5,165,000 chips. After 30 minutes, Emil Lucac was eliminated in ninth place, closely followed by Oleksandr Lizanets in eighth place. Andreas Freund was the first of three Austrians to leave the final table and took seventh place. Thomas Schröpfer took sixth place, Jürgen Giselbrecht fifth place.

Martin Meciar was the next to be eliminated and came fourth. David Yan took third place, with Florian Schleps from Austria and David Urban from Slovakia facing each other in the heads-up. There, David Urban came out on top after about of hour of play, he won the deciding hand with Jacks against Q-J from Schleps.

All the action from the final table was streamed live on the Internet on Monday. Many poker fans took advantage of this opportunity to follow the decider via stream. In the big Concord Million Competition the Livestream spectators had the chance to win a ticket for the European Tournament of Poker Event at the Montesino.

All photos from the final of the Concord Million VI can be found in our photo gallery.